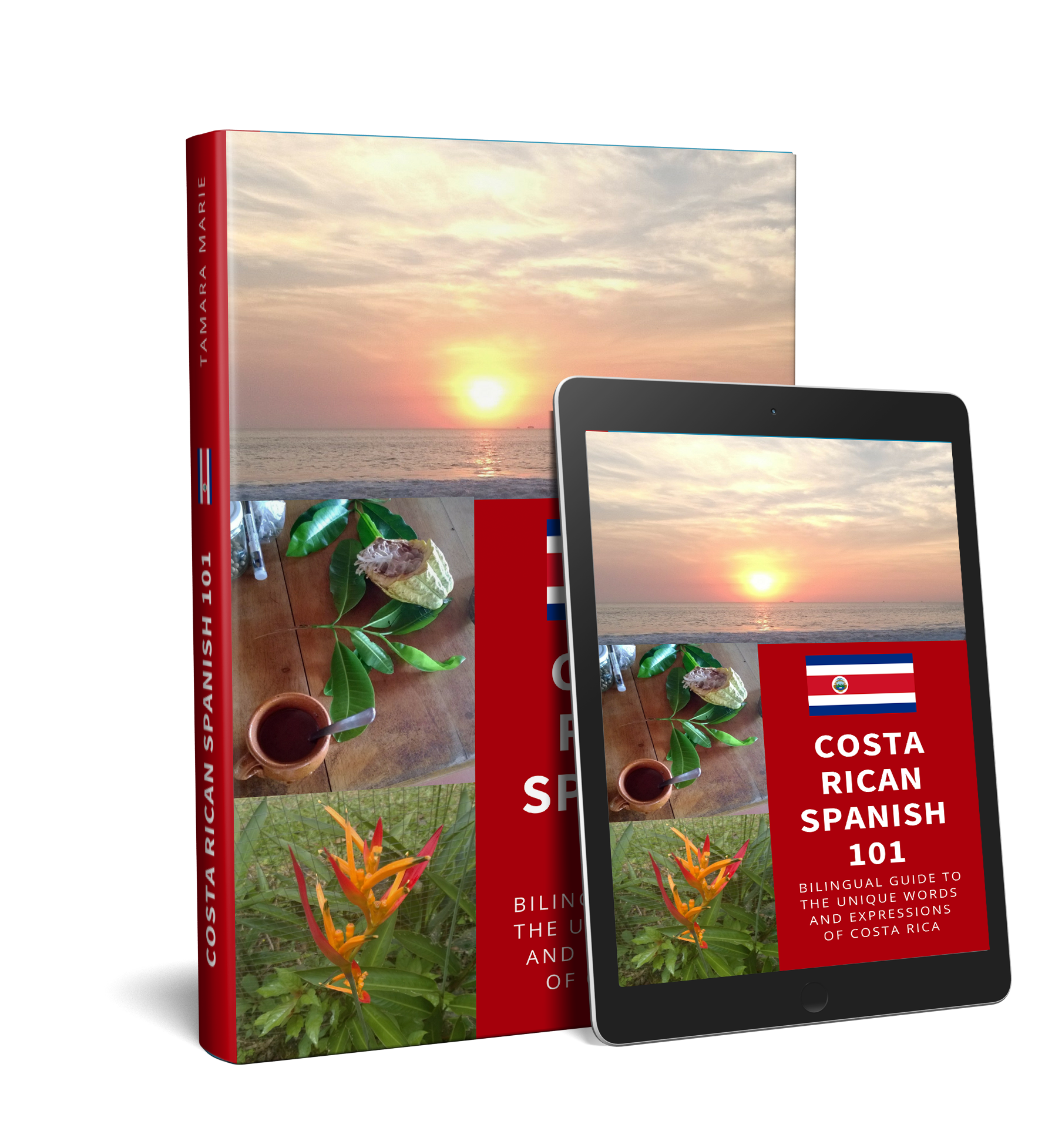 Get the insider's guide to Costa Rican Spanish and learn close to 200 words and expressions unique to Ticos.

This is a bilingual guide (Spanish and English) with examples of the words used in context.

Don't step foot in San Jose without this book!

Costa Rica, officially known as The Republic of Costa Rica, is located in Central America.

Costa Rica, like many other countries, is rich in expressions or idioms. Costa Ricans are colloquially called "ticos" because of their frequent use of the diminutive ending -ico.

Colloquial expressions characteristic of Costa Rica, or tiquismos, are used frequently in the country. Pachuquismos, on the other hand, are street Spanish expressions that can be considered vulgar and offensive if used in the wrong context.

Many of these words when found in a standard Spanish dictionary, don't have the same meaning in Costa Rica.

Learning colloquial expressions can be helpful to understanding the humor and character of the Costa Rican culture.

This book is your insider’s guide to decoding the language spoken by Costa Ricans, from jerga (slang) to everyday words and common expressions

We suggest moving this party over to a full size window.
You'll enjoy it way more.
Close
Go Fullscreen